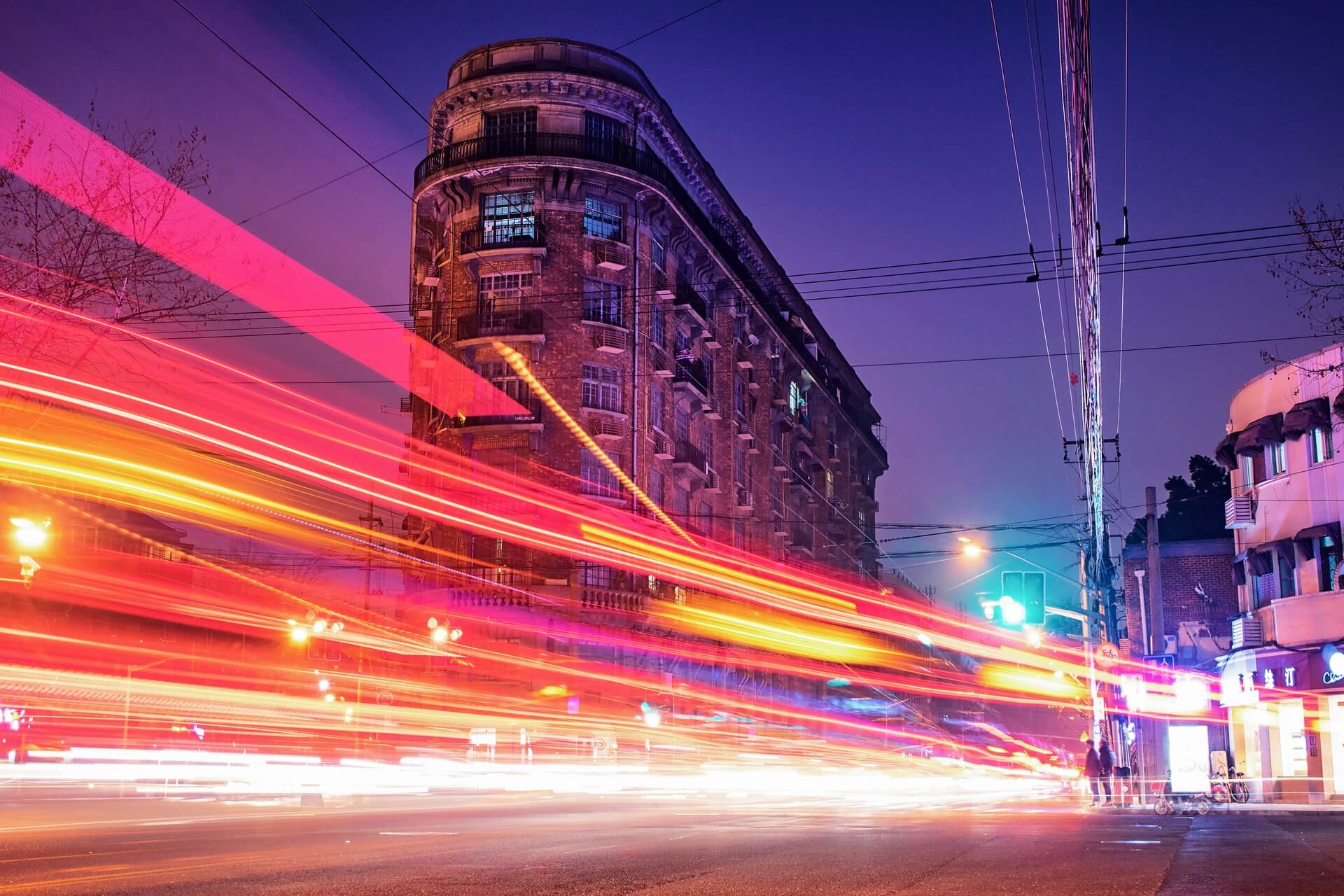 We would like to take you on an imaginary journey into the not-too-distant future. To a future in which traffic accidents have become a rarity. But how is that possible all of a sudden? Has a miracle happened? Not quite.

This almost perfect interaction in traffic is realized by an intelligent traffic control center developed by a company that previously worked with fully digital traffic counting and devices for speed and distance measurement in order to optimize traffic flows with the possibilities available at the time. In the meantime, further developments such as the nationwide expansion of high-speed Internet have made it possible for all road users to interact almost seamlessly.

But what does the traffic control center of the future look like and what exactly happens there? Let's take a closer look at this control center.

The door opens and we enter a room with many flashing lights, almost all of which are green. One of the three employees responsible for maintaining the traffic control center explains why this is so. After all, it can't be done entirely without people, because the optimum can only be achieved when artificial and human intelligence work together. Let's get back to the lights. "Let's perhaps rather take a look at the only two lights that glow orange. These are accidents that the system has detected, closed the affected roads accordingly, diverted traffic and informed the emergency services. Our job now is to keep an eye on the situation from here and, if possible, already provide the emergency services with more detailed information." Fortunately, this sophisticated system only strikes very rarely, usually no more than once a day, as the number of accidents has now dropped massively. If a critical situation does arise, the system reacts immediately to prevent anything worse.

The system, which intelligently diverts traffic, was trained by people and traffic data that has been collected for several years at all relevant intersections on the main arteries. This was made possible by the idea of a Potsdam-based start-up that was not satisfied with the status quo at the time and brought about a reduction in the number of fatalities and injuries through affordable high-tech solutions. What made it special was the optimal combination of proven hardware and AI. The entirely new approach turned the entire industry on its head. As if that wasn't enough, this company's solutions, which were already very advanced at the time, have been constantly refined and have now been bundled into a network of diverse sensors and a wide variety of AI processes. The result is a state-of-the-art traffic control center. A system that the pioneers in the field of smart city no longer want to do without. In the meantime, this system has long since become feasible not only for large cities. Just over 5,000 similar traffic control centers now exist around the world, always tailored to the requirements of the respective country of operation. This system is credited with a large part of the reason why the number of traffic fatalities has dropped by an incredible 95% in recent years.

Another task of the employees in the traffic control center of the future is to take care of remedies for technical defects. These are usually caused by extreme weather conditions or damage caused by animals, but can normally be repaired within a few minutes. The system can then continue to take over real-time traffic control on its own.

Traffic guidance systems such as this enable travel times to be reduced by up to 30%, especially in inner-city traffic. CO2 emissions in traffic have also been drastically reduced in recent years, not only due to the increasing number of electrically powered vehicles, but also attributed to the now constant traffic flow. The use of finite resources has been reduced to a minimum through the successful prevention of stop-and-go traffic in cities, which does not make traffic move significantly faster, but all the more smoothly. For this sophisticated system to work, every road user is recorded, including cyclists, pedestrians and even animals.

Data protection plays a central role here. All image material remains in the system and is only made available to the responsible administration. The administration now finally has the opportunity to record all traffic-related data at a glance and to act quickly. All data is anonymized as far as possible. Only in the case of detected violations and accidents is a high-resolution camera added so that the employees of the traffic control center can get a picture of the situation and, if necessary, initiate further steps, such as alerting emergency services.

Fortunately, critical incidents are now kept within manageable limits, but still, there is always room for improvement. A good first step is an association set up by the Potsdam-based company to finally improve road safety on a global scale and develop universally applicable solutions that will ensure improvements in all countries around the world.

"Eleanor Roosevelt once said that the future belongs to those who believe in their dreams. We started this company after I was nearly knocked off my bike by a car when it passed way too closely. It's not just me, it happens to hundreds of other cyclists every day. So I asked myself what could be improved. That's how the basic idea of making the roads safer and saving lives came about. What never really comes to the fore when it comes to fatalities from accidents, that it is not only the dead themselves who become victims. Whole families are torn apart by carelessness and recklessness. That is why we are committed to road safety. And when you dream, you dream right. That's why we came up with this little story to metaphorically represent where things could be headed. We are proud to play a part in saving lives."

We hope you enjoyed our little excursion to a time not too far away. Help us to realize this dream. Start using our systems in your area of operation. Everybody can contribute a part to road safety, especially the decision makers in economy and politics.