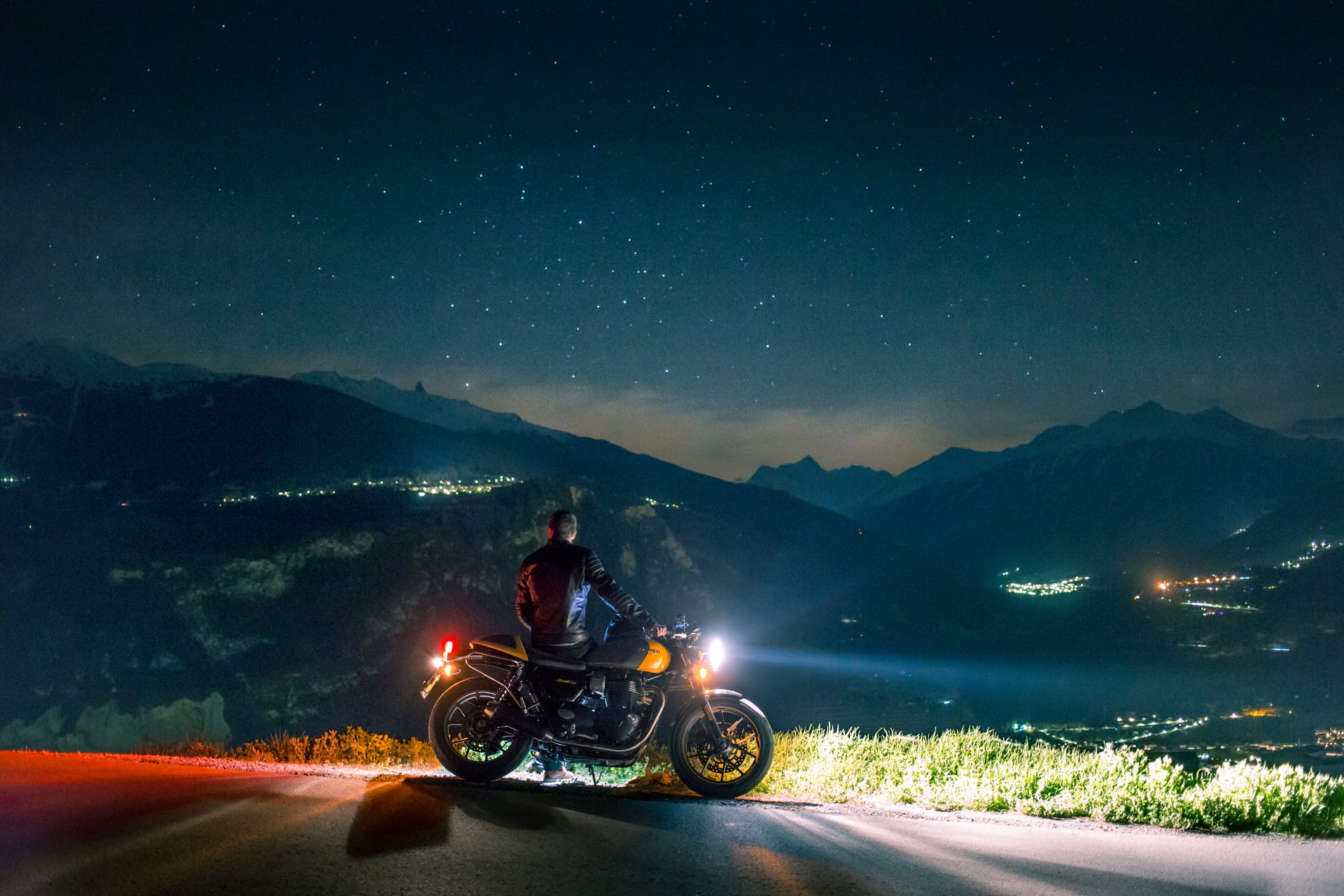 The dark, cold and lingering winter days finally start to fade away. For many, this signifies the right time to head outside and enjoy the awakening beauty of spring after long-lasting hibernation. Also, spring is the most inviting season for motorcycle lovers to come back to the roads after months of anticipation. You can’t wait to finally get your motorcycle out of the garage? We can understand this, but don’t underestimate the potential dangers for road users especially for the ones on two wheels. It could get a bit tricky with the wrong mindset.

European countries have high interest in motorcycles, which can be justified by lower fuel consumption, facilitated parking opportunities and increased mobility through these vehicles, and of course the fun and freedom. Referring to the European Association of Motorcycle Manufacturers (ACEM) statistics, around 23 million motorcycles were registered in Europe in recent years, with Italy and Germany taking the lead numerically. On the whole, motorcycles are mostly being used for leisure purposes. Only one third of them are actually serving as transportation equipment. With such unconditional popularity, certain dangers come along as well as complicated traffic situations. And even though fatalities from motorcycle accidents are generally decreasing in Europe by more than 30 percent over the last decade, their corresponding numbers still take the third place on the list of road deaths by vehicle. Growing popularity of motorcycles and the certain risks of powered two-wheel vehicle usage are particularly demonstrative after a lengthy winter.

Speeding is one of the well-known reasons for motorcycle accidents. Something as simple as speed increase often leads to the enhanced frequency and severity of crashes. For comparison, there is a 90 percent risk of death for a person, hit by a vehicle, traveling at 60 miles per hour, while such a risk is reduced to 50 percent, when riding at 40 miles per hour. The advent of spring with its unpredictable road conditions makes the overspeeding situation even more complicated.

First of all, the roads are slippery in the melting season. On top of that, the driveways are mostly wet, which makes it difficult to identify icy or mudy surfaces, remaining after winter. That poses a potential risk on traffic participants, especially those traveling at higher speeds. In addition, spring weather might be sunny, but the temperatures outside are still low. And cold tires do not have the same road grip, as in the warm season, especially if you only have two of them. That makes the vehicles prone to unwanted slips. The combination of the slippery surfaces, poor tire traction and overspeeding behavior of the motorcyclists create a particularly dangerous environment for road users in spring time.

But is speeding the main cause of accidents? According to the data from the Federation of European Motorcyclists Association (FEMA), half of the overall accidents are self-imposed, the other half are collisions with other traffic participants. Amongst the most common reasons for one-sided accidents, steering and braking errors of the vehicles are named, which highlights the importance of conducting regular motorcycle inspections before heading out to the highways. The accidents, resulting from collisions with a car, generally occur due to the short distances between the vehicles, especially while overtaking.

Performing regular motorcycle maintenance and following speed regulations is what a regular road user is able to do. However, influencing road infrastructure is beyond their capabilities. ROADIA is proposing a way to improve the situation on the roads with state-of-the-art solutions, which include speed measurement and traffic monitoring devices.

Danger in the Dark

Are we too optimistic in road traffic?